The EchoTrack Radar–Acoustic Surveillance System is about observing and conserving airborne wildlife populations. Centered on advanced radar and acoustic technologies, EchoTrack uses unique and patented algorithms to identify what animals are present and to isolate their flight paths. The result is a comprehensive census of the airborne wildlife and the flight behaviour.

Used independently, the radar and acoustic capabilities can provide valuable insight into migratory and flight behaviour. Used in tandem, they enable the EchoTrack surveillance system to correlate the location data to determine not just "who is there" or "where they are going" or "when they are moving", but to combine all these criteria by providing "who is going, where, when." The surveillance system identifies the flight paths, migration paths and uncontrolled flight paths of all airborne wildlife from small songbirds and bats to large birds such as raptors and pelicans. 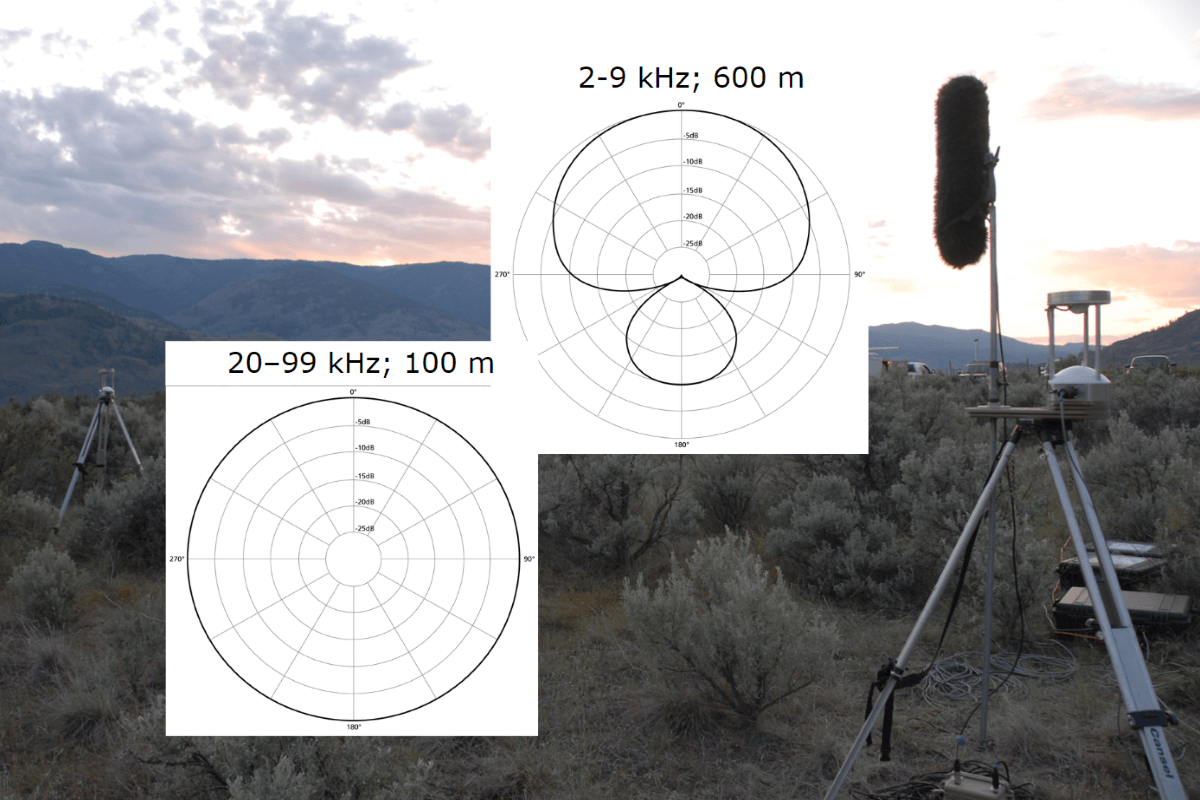 Acoustic sensing and leading–edge waveform analysis identifies and locates species, and their direction of travel.
The EchoTrack Radar–Acoustic Surveillance System utilizes an array of eight microphones: 4 conventional audio sensors for birds and 4 ultrafrequency sensors for bats. The bird microphones are capable of detecting bird calls to 600 m; the omni–directional bat microphones are capable of detecting bat frequencies to 100 m. 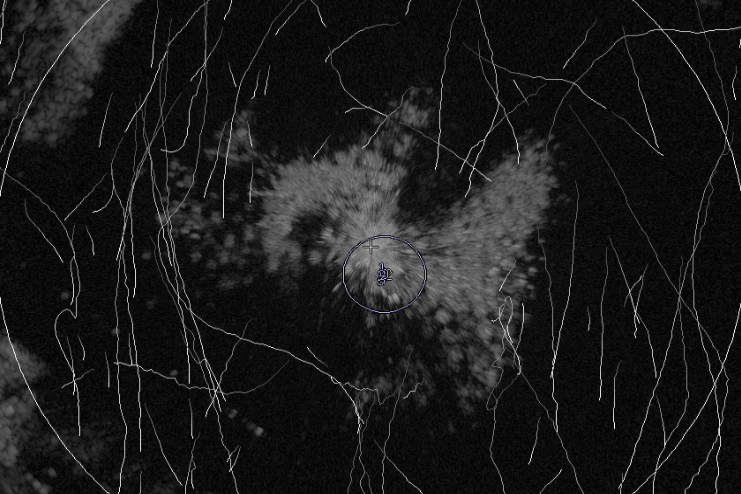 The radar sensing uses adapted signal projection and sophisticated data interpolation to derive a full four dimensional path (location and altitude over time) from what is conventionally thought of as a two dimensional sensor.
The radar establishes a surveillance zone 4 kilometers across the landscape and up to 1900 meters above ground. Automated, unattended recording, which can run 24/7, captures time, location (including height) and direction of individual flight paths. The radar can provide unlimited simultaneous tracking of airborne species in 360 degrees. 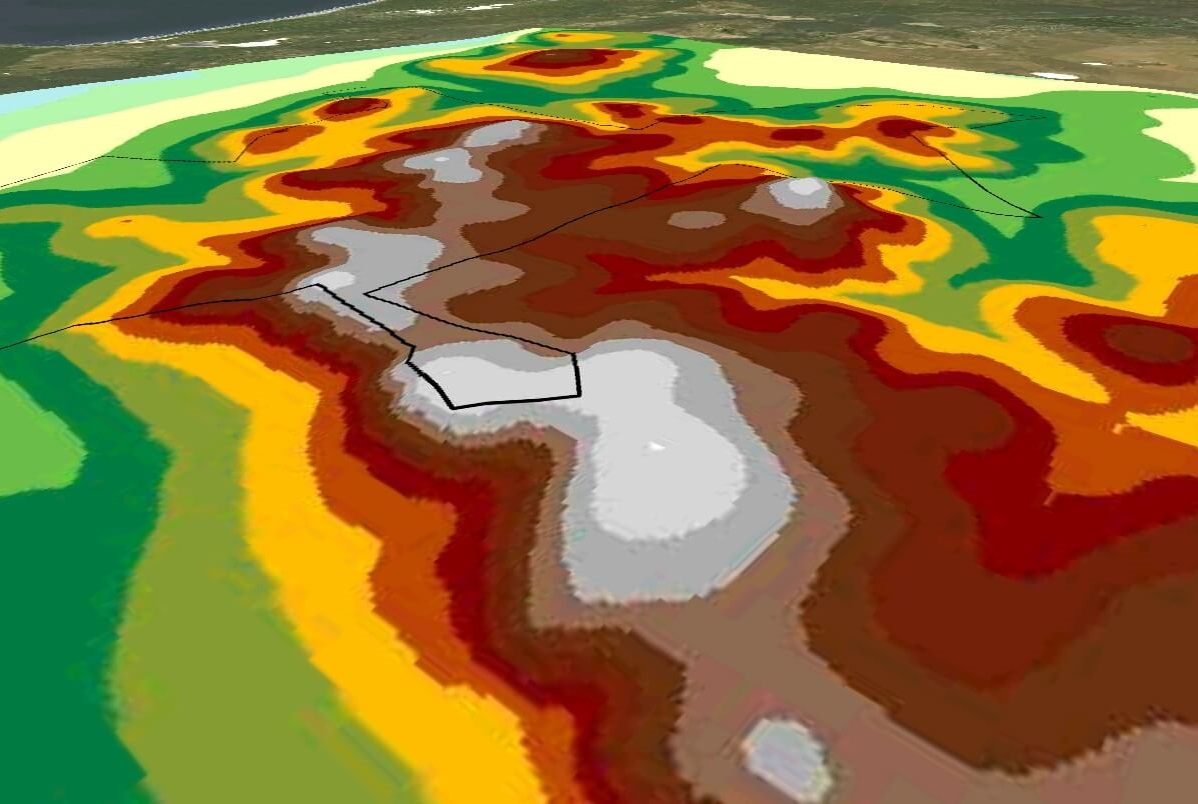 Field biologists are familiar with the practice of maintaining an accurate and up–to–date field diary. EchoTrack Diary is an electronic field diary with a Microsoft® Windows® user interface. The Diary provides the means for synthesizing the project, and for capturing daily readings under a variety of factors, such as site conditions, sampling equipment positions, weather conditions, species sightings, and more.The Diary is specifically designed for biologists working with the EchoTrack Radar–Acoustic Surveillance System on EA projects. 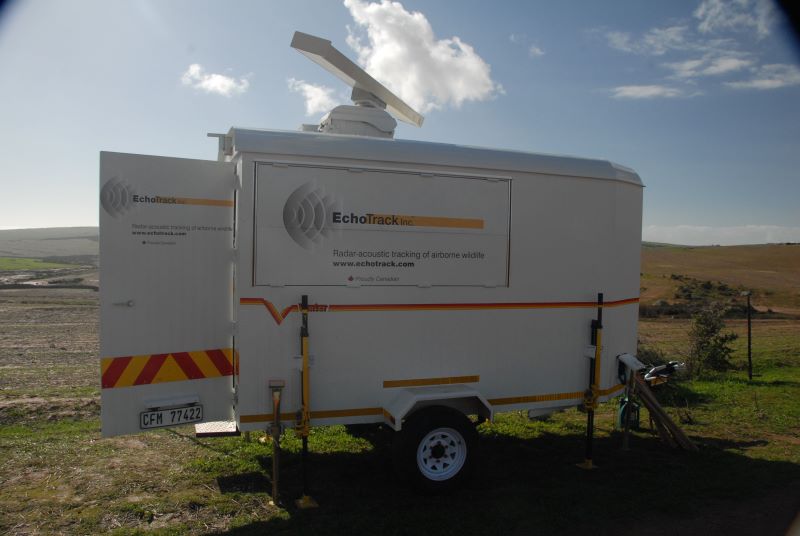 A mobile field lab, independently powered and ruggedly built for all terrain, is used for field surveys and investigative applications. The EchoTrack Radar–Acoustic Surveillance System is housed in a small trailer, which is moved between sites to sample a larger area in a stratified sampling method.